Country music queen Kacey Musgraves apparently got in trouble with her label a few years ago after an interaction with bonafide British royalty.

The “Space Cowboy” singer told Access Hollywood earlier this week that she met Prince Harry at the Royal Variety Performance in 2015 and promptly gave him a high-five, which didn’t sit well with some people on her team.

“Apparently afterwards, the guy that works at the label was like, ‘No, no, no,’ ” the 31-year-old said. “He was like, ‘I can’t believe you gave him a high-five. That’s just unbelievable.’ He’s like, ‘No, there’s a way to address the royal family, and a high-five, going up top is not the way.’”

It seems the prince was up for going up-top and totally unbothered by the lack of royal protocol.

Both Michelle Obama and LeBron James have had similar experiences with royalty, as the two ― like Musgraves ― were also accused of breaching royal protocol during their interactions with royalty.

When James met the Duke and Duchess of Cambridge at a game in New York City in 2014, the now-Laker put his arm around Kate Middleton, which caused a stir among some sticklers, though their concerns were unfounded.

“The Duke and Duchess of Cambridge very much enjoyed their time in the US, including attending the NBA game and meeting LeBron,” Laura King, senior communications officer for Buckingham Palace, told the Northeast Ohio Media Group in 2014.

“When members of the Royal Family meet people they want them to feel as comfortable as possible,”  King added. “There is no such thing as Royal protocol.” 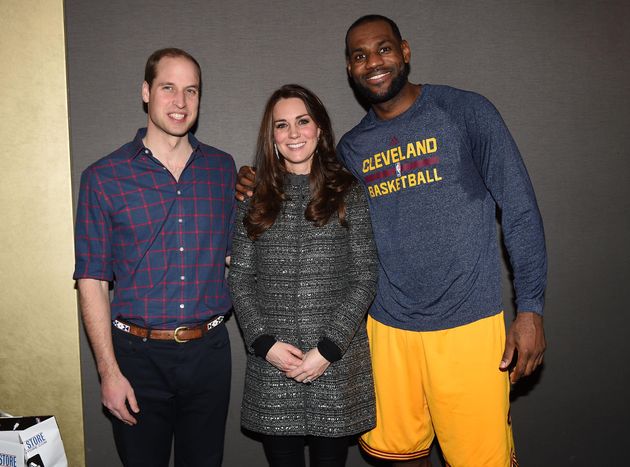 William and the Duchess of Cambridge pose with LeBron James as they attend a Cleveland Cavaliers vs. Brooklyn Nets game on Dec. 8, 2014.

Obama also received heat from critics after hugging Queen Elizabeth at Buckingham Palace in 2009. The former first lady wrote about the moment in her memoir, “Becoming.”

“I then did what’s instinctive to me anytime I feel connected to a new person, which is to express my feelings outwardly. I laid a hand affectionately across her shoulder,” she wrote.

Obama added, “I daresay that the Queen was okay with it, too, because when I touched her, she only pulled closer, resting a gloved hand lightly on the small of my back.”

At the time, an unnamed spokesperson for the palace that the interaction was perfectly mutual.

“It was a mutual and spontaneous display of affection,” the spokesperson said. “We don’t issue instructions on not touching the queen.” 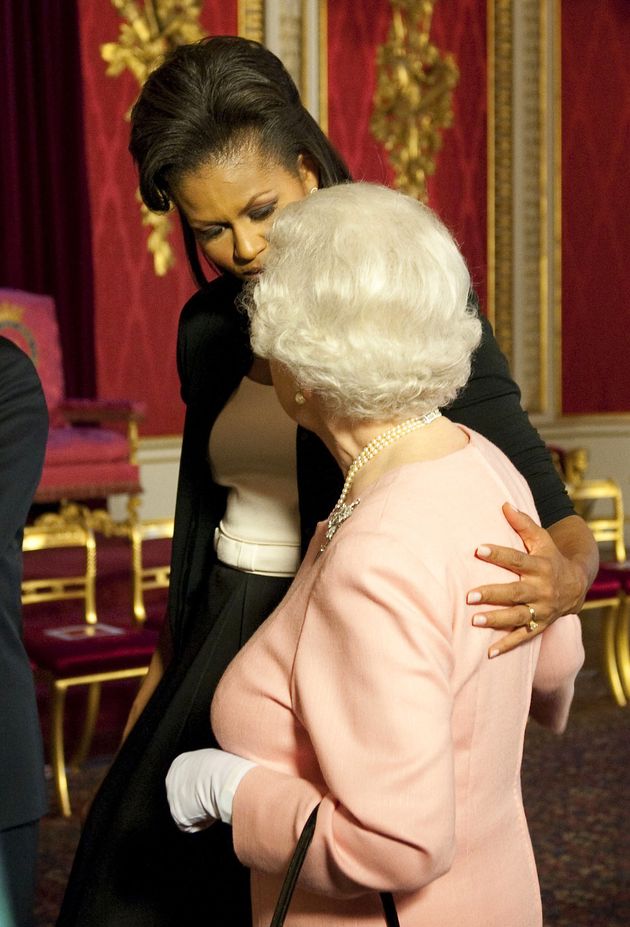 Then-first lady Michelle Obama walks with Queen Elizabeth at a reception at Buckingham Palace on April 1, 2009.