Light snow dusts the trees near the Cameron Peak Fire in Rocky Mountain National Park in Colorado on Friday. 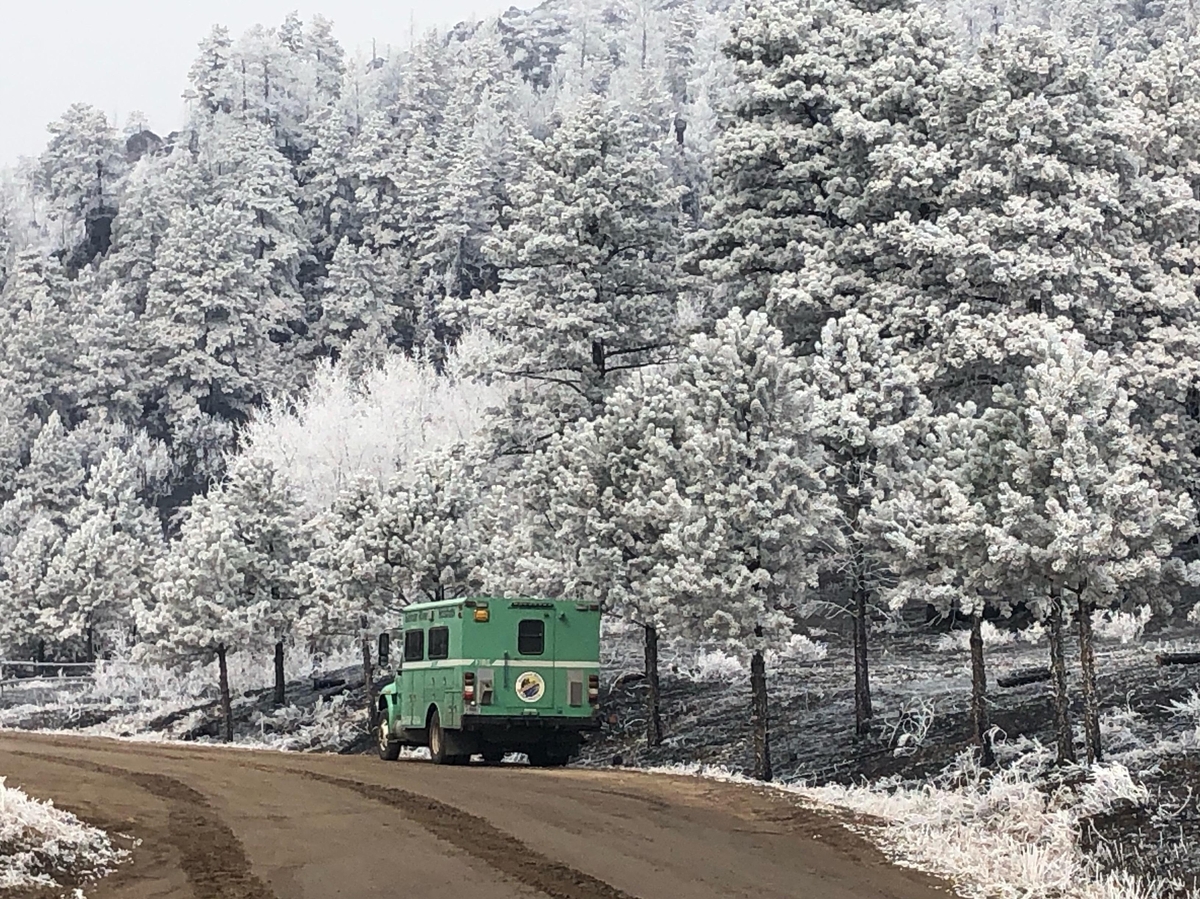 Light snow dusts the trees near the Cameron Peak Fire in Rocky Mountain National Park in Colorado on Friday.

Weekend snowfall granted a reprieve against the two largest wildfires in Colorado history, which together have spread over more than 400,000 acres.

But the fires continue to burn. The East Troublesome Fire spread 192,560 acres and jumped the Continental Divide. It is 15% contained.

The nearby Cameron Peak Fire, the largest blaze in state history, is now 64% contained. It has already burned over 208,600 acres.

Both fires have moved into Rocky Mountain National Park. The park itself has suffered minimal damage, although it hasn’t been fully assessed, according to an incident update.

As of Monday morning, the fire areas had received about 6 to 12 inches of snow.

“We’re grateful for snow which fell heavily on our state over the weekend, and really gave the firefighters a much better chance at being able to keep these fires away from major population centers,” Colorado Gov. Jared Polis told NPR’s Mary Louise Kelly.

Authorities said Monday that the “snow has stopped fire activity in lighter fuels, but large downed logs and other large fuels under the forest canopy are still expected to smolder. The snow has slowed fire activity; however it is not expected to be enough to put the fire out. Temperatures are forecasted to gradually warm back up beginning Tuesday.”

The couple refused to evacuate their home, and it was destroyed, Schroetlin said.

“At 86 and 84 years of age, their only desire was to be together in the home they loved,” the Hileman family said in a statement read aloud by the sheriff. “Our family feels comfort in the knowledge our parents left this world together and on their own terms.”

This has been a historically difficult year for Colorado wildfires.

“What we’re seeing in Colorado is a drier, hotter climate because of climate change,” Polis said. “This year, we had our three largest fires in the history of our entire state.”

And as with many things in 2020, the state’s response is complicated by the coronavirus. “We’ve had to have the pandemic lens on all of the fire efforts from the very start,” Polis said.

The state had to adapt the close quarters that firefighters traditionally would spend weeks in, he said. Evacuees were placed in hotels or with family members, since it’s not an option to squeeze dozens of families into a gym.

Colorado is likely to see more wildfires due to climate change. The governor said the state will need to adjust and take more preemptive measures in the future.

“As we prepare for that new normal, it’s really making sure that we do the mitigation, perimeter protection around towns and homes that we need to do,” Polis said. “To keep people safe.”

Reese Oxner is an intern on NPR’s News Desk.

0 0 0 0
Previous : Fight Against Colorado’s 2 Largest-Ever Fires Continues, Aided By Snow : NPR
Next : COVID-19 deaths are rising in the US, as feared by experts | US & Canada