Selma Blair spoke out about her diagnosis and her battle with multiple sclerosis in a revealing interview with Robin Roberts on “Good Morning America” Tuesday.

“Ever since my son was born, I was in an MS flare-up and didn’t know, and I was giving it everything to seem normal,” the “Cruel Intentions” actress revealed.

“And I was self-medicating when he wasn’t with me. I was drinking. I was in pain,” she added. “I wasn’t always drinking, but there were times when I couldn’t take it.”

On top of the physical pain, Blair also had to deal with the pain and frustration of doctors dismissing her symptoms.

“I was really struggling with, ‘How am I gonna get by in life?’” she said. “And not [being] taken seriously by doctors, just, ‘Single mother, you’re exhausted, financial burden, blah, blah, blah.’”

The actress said she cried with relief after finally being diagnosed with MS, knowing that she could put her energy toward treating and living with the disease.

Blair revealed that she has “an aggressive MS,” though her doctor says that within a year she could recover 90 percent of her abilities back. He also encouraged the actress to “bring a lot of the awareness” to the disease.

“No one has the energy to talk when they’re in … flare-up,” the actress jokingly said. “But I do ’cause I love a camera.” 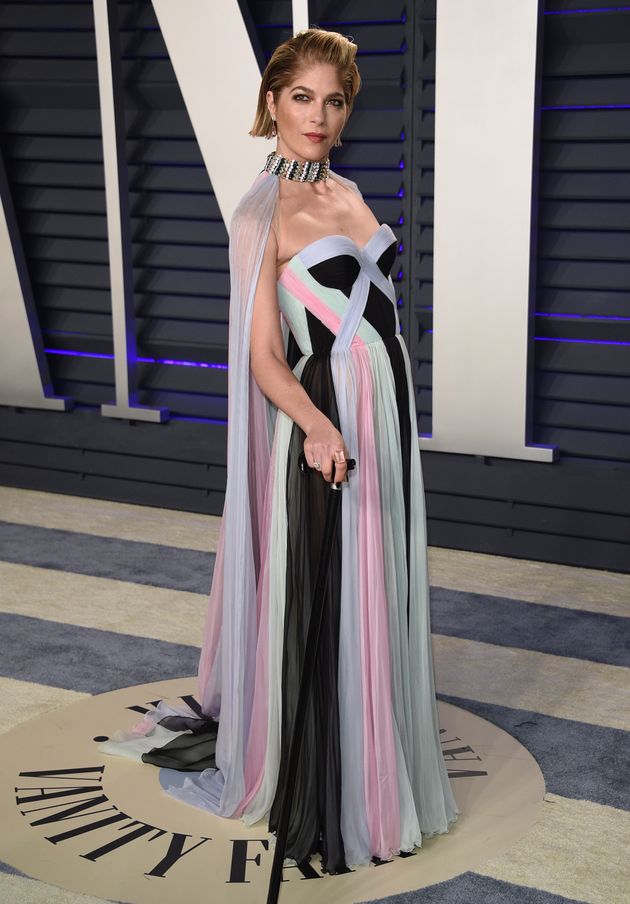 Blair spoke about her love for the cameras on Monday, writing how wonderful it was to feel the “warmth of the bulbs” on Sunday night while walking the red carpet for the Vanity Fair Oscar party.

The 46-year-old made her first public appearance since revealing her diagnosis, with the help of her “fake husband” and best friend, Troy Nankin, and a decked-out cane that included a massive pink diamond.

“There are moments that define us. This is one of those indelibly watermarked in my heart,” Blair wrote on Instagram.