Native American tribes and their supporters protested against the Dakota Access Pipeline. This rally was outside the White House in 2017. 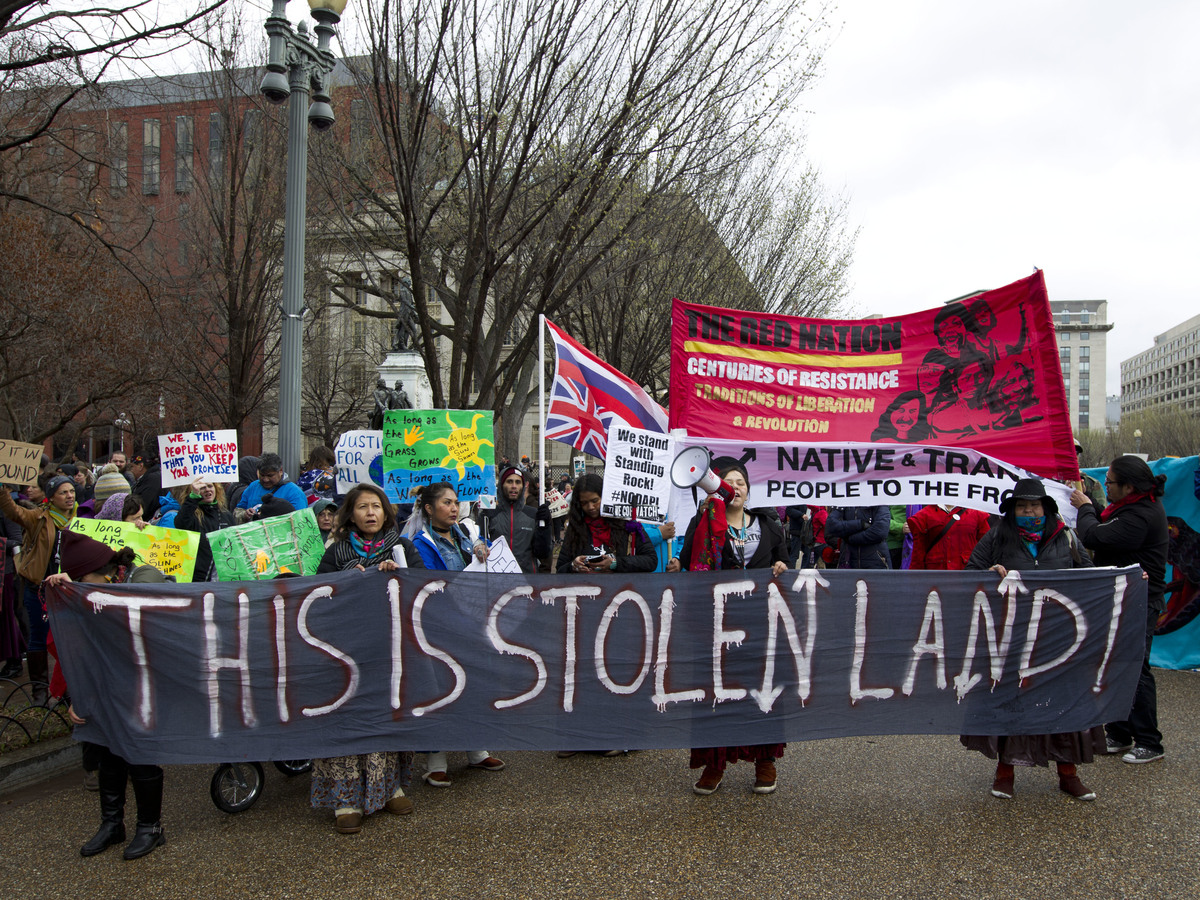 Native American tribes and their supporters protested against the Dakota Access Pipeline. This rally was outside the White House in 2017.

Nearly three years after crude oil started to flow through the controversial Dakota Access Pipeline, a federal judge has ordered the U.S. Army Corps of Engineers to conduct a full environmental review.

It’s a major victory for the Native American tribes and environmental groups who have been fighting against the project for years.

U.S. District Judge James Boasberg has not decided whether oil can still flow in the meantime. But his opinion Wednesday requests that the two sides submit briefings next month for and against keeping the oil moving, potentially opening the door for the judge to shut it down.

The pipeline extends more than 1,000 miles from North Dakota to Illinois – but the focus of the controversy has been a small portion running under the Missouri River. Members of the Standing Rock Sioux tribe, whose reservation lies just downstream, are worried that a leak could contaminate their drinking water and sacred lands.

The judge found that the U.S. Army Corps of Engineers made a “highly controversial” decision when it approved the federal permits for the project.

He ordered the agency to prepare a full environmental impact analysis, saying that it previously failed to answer major questions about the possibility of oil spills, among other concerns.

“The many commenters in this case pointed to serious gaps in crucial parts of the Corps’ analysis – to name a few, that the pipeline’s leak-detection system was unlikely to work, that it was not designed to catch slow spills, that the operator’s serious history of incidents had not been taken into account, that that the worst-case scenario used by the Corps was potentially only a fraction of what a realistic figure would be – and the Corps was not able to fill any of [the gaps in the analysis],” Boasberg stated.

A spokesperson for the pipeline company, Energy Transfer Partners, tells NPR that it does not comment on current or pending litigation, and the U.S. Army Corps of Engineers did not immediately respond to NPR’s request for comment.

The GAIN Coalition, which supports large infrastructure projects, expressed concern about what this decision could mean for other companies involved in similar work, as The Associated Press noted.

“Not only does this decision risk one company’s investment, but it could also jeopardize our nation’s economic and energy security moving forward,” GAIN Coalition spokesperson Craig Stevens stated.

Shortly after President Trump took office, he instructed “the Army to expedite the review and approval process for the section of the Dakota Access Pipeline that hasn’t been built,” as NPR’s Rebecca Hersher reported. It was a departure from the Obama administration’s stance.

The Standing Rock Sioux Tribe and their lawyers from Earthjustice are celebrating the legal victory.

“It’s humbling to see how actions we took four years ago to defend our ancestral homeland continue to inspire national conversations about how our choices ultimately affect this planet,” Standing Rock Sioux Tribe Chairman Mike Faith said in a statement.

Earthjustice lawyer Jan Hasselman added, “we will continue to see this through until DAPL has finally been shut down.”

0 0 0 0
Previous : Military Judge in 9/11 Trial at Guantánamo Is Retiring
Next : Opinion | This Coronavirus Crisis Is the Time to Ease Sanctions on Iran