Swedish activist Greta Thunberg was named Time magazine’s person of the year for showing “what it might look like when a new generation leads.” She’s seen here at the COP25 Climate Conference in Madrid, Spain, Wednesday. 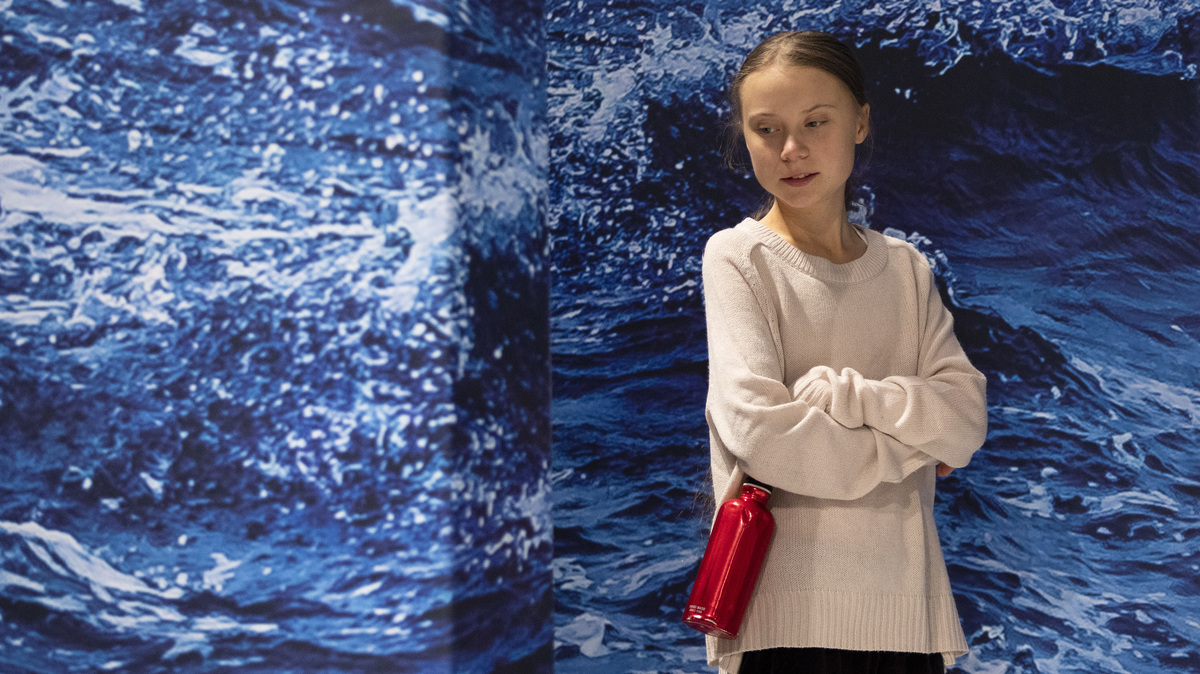 Swedish activist Greta Thunberg was named Time magazine’s person of the year for showing “what it might look like when a new generation leads.” She’s seen here at the COP25 Climate Conference in Madrid, Spain, Wednesday.

Greta Thunberg, the activist who has quickly become a leading voice on climate change, is Time magazine’s Person of the Year for 2019. At 16, she is the youngest person to earn the title in its 92-year history.

Thunberg burst onto the world stage in the past year, organizing school strikes and protest marches to call attention to a climate crisis that she says older generations are not taking seriously enough.

She has famously called out world leaders for debating scientific facts and failing to stop a global warming trend that will affect the world’s children more than it affects anyone who’s currently in power.

Thunberg is currently in Madrid, where she delivered a speech at a U.N. climate conference Wednesday morning.

“Well I am telling you there is hope. I have seen it,” she told the audience. But it does not come from the governments or corporations. It comes from the people.”

Thunberg drew millions of demonstrators to an international protest day in September. The Swedish teenager has just returned to Europe, after traveling to the U.S. and to meet with other activists. She has also spoken with the pope, the U.N. secretary general and other influential figures. But Thunberg has also been mocked or criticized by climate skeptics — and by powerful leaders such as President Trump, Brazil’s President Jair Bolsonaro and Russia’s President Vladimir Putin. She has shrugged off those attacks, saying she won’t be silenced.

“We need a balance of optimism and outrage” in the environmental movement, Thunberg said in Madrid. She added, “We need optimism to keep going and to not give up …. and we need outrage to be able to step outside our comfort zones.”

Time says its “person of the year” award is based on the idea that powerful individuals shape the world. It chose Thunberg, the magazine says, for raising the alarm on climate change and “showing us all what it might look like when a new generation leads.”

In the past, Thunberg has spoken about how her generation is being burdened both with climate change’s effects and the task of educating people about it. And if the rise in average temperatures goes unchecked, she says, the effects will be cataclysmic.

“For about a year, I have been constantly talking about our rapidly declining carbon budgets — over and over again,” Thunberg said on Wednesday. She added, “But since that is still being ignored, I will just keep repeating it.”

Because of the clarity and energy she has brought to the discussion over climate change, Thunberg has been named as a contender for a number of international honors, including the Nobel Peace Prize. But she recently rejected an environmental prize and cash award from the Nordic Council, saying, “It is a huge honor. But the climate movement does not need any more awards.”