A gray wolf captured by a remote camera on U.S. Forest Service land in Oregon in 2017. 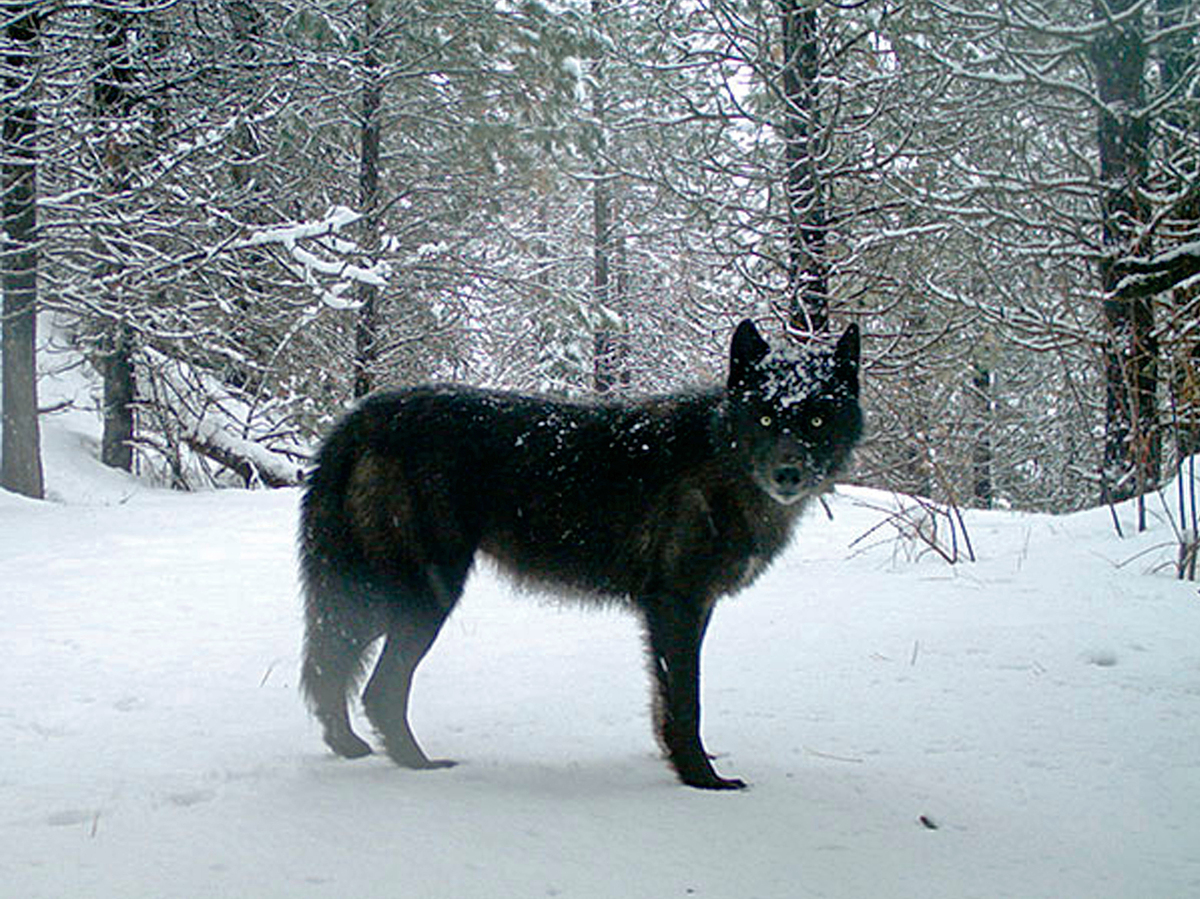 A gray wolf captured by a remote camera on U.S. Forest Service land in Oregon in 2017.

Gray wolves, a species that has long been vilified and admired, will no longer receive federal protections under the Endangered Species Act in the Lower 48 U.S. states, the Trump administration announced Thursday.

The long-anticipated move is drawing praise from those that want to see the iconic species managed by state and tribal governments, and harsh criticism from those that believe federal protections should remain in place until wolves inhabit more of their historical range. Gray wolves used to exist across most of the American continent.

“After more than 45 years as a listed species, the gray wolf has exceeded all conservation goals for recovery,” said Interior Secretary David Bernhardt, announcing the delisting, which will revert management of wolf populations to local wildlife agencies.

Federal wildlife officials are hailing the move as a success story, similar to endangered species recovery stories like the bald eagle and American alligator.

After being nearly wiped clean from the contiguous U.S. by the mid-20th century, there are now more than 6,000 gray wolves in the Lower 48 states, largely clustered in the Northern Rocky Mountains and the Western Great Lakes region.

Critics are calling the move premature, though, and are already promising to sue.

“This is no ‘Mission Accomplished’ moment for wolf recovery,” said Kristen Boyles, an attorney for Earthjustice. “Wolves are only starting to get a toehold in places like Northern California and the Pacific Northwest, and wolves need federal protection to explore habitat in the Southern Rockies and the Northeast.”

Some critics are portraying the move as another environmental attack by the Trump administration, which has rolled back dozens of environmental regulations including protections for endangered species and migratory birds. But wolves have a complicated history that doesn’t fit cleanly into the bipartisan rancor that now dominates U.S. environmental policies.

After being hunted, trapped, poisoned and harassed to the point of near extirpation in the contiguous U.S., all gray wolves south of Canada were given federal protections under the Endangered Species Act in 1978.

Under that protection, their numbers slowly recovered in the Great Lakes region, and in 1995 federal wildlife officials reintroduced gray wolves to central Idaho and Yellowstone National Park, where their population has since flourished.

In 2013 the Obama administration also proposed to delist gray wolves, saying that the species had rebounded to the point where they were no longer at risk of extinction and should be managed by state and tribal governments.

A couple of years earlier, wolf populations in Montana and Idaho were delisted by a Congressional budget rider, authored by a Democrat and Republican senator in each of those states who were pressured by agricultural and sportsmen groups. Wolves are an apex predator that, at times, kill livestock. Subsequent lawsuits saw gray wolves get delisted, re-listed and delisted again in Wyoming.

Today, state wildlife agencies manage wolf populations in Montana, Idaho and Wyoming, and hunting of the species is permitted.

Similar hunting seasons are expected in some Midwestern states if the national delisting survives the anticipated court challenges, and wildlife groups contend that hunting seasons will limit wolves’ ability to repopulate other parts of the country.

Randy Johnson, a large carnivore specialist for Wisconsin’s Department of Natural Resources told Wisconsin Public Radio earlier this month that if wolf management fell back to the state, it would use all of the tools available to find a balance “between a healthy and sustainable wolf population, but also addressing those social concerns and livestock concerns when and where needed.”